This is a past event. Registration is closed. View other SwissCham Indonesia events.

How to live our present without compromising the ability of future generations to meet their needs?

Join us for a discussion where founders of Rebricks Indonesia and Landscape Indonesia will share why and how they could recycle food packaging into paving bricks, or how they process recycled plastics to become fuel and power fishing boats. We will also hear from Nestlé Indonesia, a company committed to combating plastic waste, how they are working hard to achieve a waste-free future. 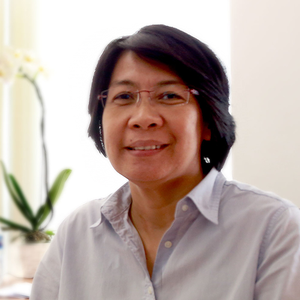 Head of Sustainability at Nestlé Indonesia

Soemadijo Prawitya or Essy is the Head of Sustainability of Nestlé Indonesia and has been joining Nestlé since 1997. Essy has a strong interest and passion in sustainability and has been actively leading the team in Indonesia to achieve Nestlé's 2030 ambition to strive for zero environmental impact in its operations and to make 100% of its packaging recyclable or reusable by 2025 and to reduce the use of virgin plastics by one-third in the same period. 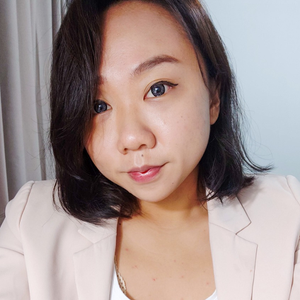 After graduating from Atmajaya Catholic University, Ovy started her career working in her family business: manufacturing concrete blocks. Her family’s business has over three decades experience in building blocks. Under the tutelage of her father, she absorbed his wisdom regarding the manufacturing and distribution of concrete blocks.

A concerned environmentalist, Ovy takes exception to Jakarta’s plastic waste problem. In additional to personal decisions geared toward less waste, she ahs the vision to make construction material from waste. In early 2018 she met her partner Novita and an idea was born: recycling plastic into bricks. With their shared knowledge and resources, Novita and Ovy started their journey of making recycled bricks. 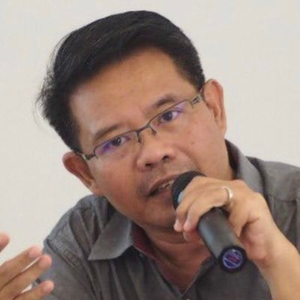 Agus P. Sari is an avid supporter of social entrepreneurship, being a social (and environmental) entrepreneur himself.  He is Chief Executive Officer (CEO) of Landscape Indonesia and Chief Mentor in Landscape Incubation Facility for the Environment.  Through a program called Restoration and Incubation Services (RAISE), he provides strategic advisory to the Indonesian Peat Restoration Agency (Badan Restorasi Gambut, BRG).  He is also a Senior Lecturer of a class on Innovation, Social Entrepreneurship, and Sustainability at the School of Business and Management, Institut Teknologi Bandung.

Prior, he was CEO of Yayasan Belantara, a $50 million charitable foundation that provides grants to conservation and community development initiatives.  Prior to that, he was Deputy Minister / Deputy Chair of the Indonesian REDD+ Management Agency, in charge of financing, managing the $1 billion Indonesia-Norway Letter of Intent (LOI) on reducing emissions from deforestation and degradation of forests, finding ways to sustainably finance ecosystem conservation and restoration.  And prior to it, he was Country Director, Indonesia, and Regional Policy Director, Southeast Asia, of Ecosecurities, the largest company in the world that successfully capitalized on the financial value of carbon emission reductions, before the public company was privatized and acquired by J.P. Morgan in 2010.  He is a graduate of the Energy and Resources Group, University of California, Berkeley, in the United States. He lives in a house where the electricity comes from rooftop solar panels, the water is harvested from the rain, the organic waste is composted, and the non-organic waste is sent for recycling, and with a hydroponic facility in-house, the amount of food produced is more than the amount consumed.  He is also an avid diver, an environmentalist, and a vegan.